Here some questions need to be answered: 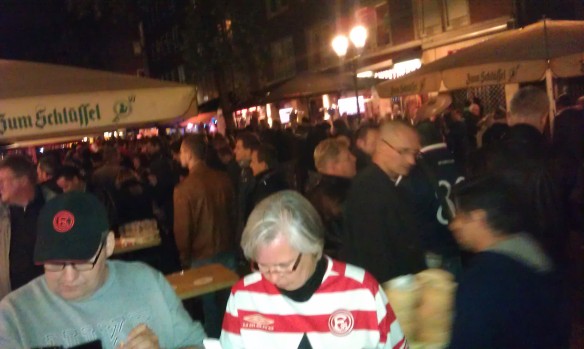 What do you imagine this picture is showing? Some festival in the Dusseldorf Altstadt? Well, you could call it this. But actually one could also say it was just a usual Tuesday in May. Well, that is, if you are not into soccer… END_OF_DOCUMENT_TOKEN_TO_BE_REPLACED

Yes, I don’t live in Darmstadt since 2002 so I had to ask my younger brother were to go when I wanted to go out tonight with some friends who live elsewhere since then too. He said “Zweite Heimat”. 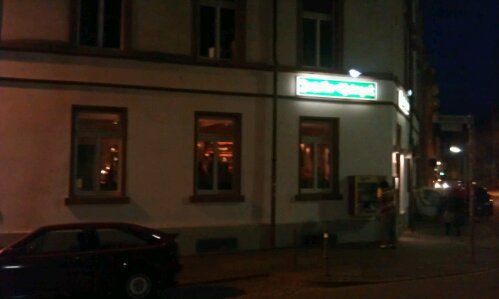 So now I’m waiting for the girls at the bus stop nearby, hoping I can trust my brother’s taste. But well he turns 25 this year and his taste is usually quit good so I hope it’ll be a fun night. Bus approaching… Good night.

Partying is something I don’t do so often, but on Saturday I went out. Of course it is hard to say which city or place is best for partying as not only location is important but far more important are things like mood, time and especially company. Taking all that into account I made a list of the seven best places I ever partied at. END_OF_DOCUMENT_TOKEN_TO_BE_REPLACED

Düsseldorf has something to offer for everyone: There is at one hand the “Kö”, Düsseldorf’s shopping street par excellence with shops like “Prada” oder “Gucci”. Then there are the greener areas of Düsseldorf: the meadows on the Rhine, Kaiserswerth, a lovely suburb with lots of history and we even have a beach. But then there is also the “Altstadt” which translates into “old city” but does not especially refer to the old houses and churches and the town hall near the Rhine (even though there are quite a few gemstones to be found). The Altstadt is the party area of Düsseldorf. Several pedestrian streets lined with bars and clubs attract locals and tourists alike. I always get the feeling that at least every second German bachelor party is hold in Düsseldorf’s Altstadt. It’s not the place where I prefer to go out except for about 5 days a year: Carnival.

If you think of Brasil when you think Carnival, than add more clothes (because it’s usually freezing) and subtract Latin American dancing skills. Now here are nine things you should know about German street Carnival, if you haven’t been there before. END_OF_DOCUMENT_TOKEN_TO_BE_REPLACED