I turn 30 today. Actually I don’t mind turning 30 and if I’ll stick to The Nanny: a woman always turns 29 and 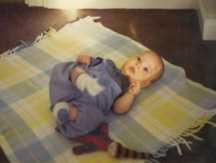 29 and 29…) but it makes me think. And some weeks ago I watched  “13 going on 30” and really felt like time flew and I started remembering.What was I like back as a child. How was life as a teenager? What were the ups and downs of being a student? How does working fulltime work out for me?

First of all I think I had a good childhood. If I had a

baby and had to give it to someone who had to educate it, I would give it to my parents without even thinking twice. Even though I might have argued differently at the time, they did a great job.

Then I went to Spain for a year and like five years later in Australia, after some time of feeling lost, lonely or just like being in a foreign country, I didn’t wanted to go home at the end. But things went in a different way and I went back to Germany, first to study, then to work.

remember. I didn’t know what job I would do but it probably would be something cool and creative. Let me think, that kind of worked out. I’m doing online advertising at the moment and that was something that in 1996 wasn’t yet imaginable the way it is today.  But I would say, my prediction wasn’t too bad.

Familywise I always wanted to have kids early. The more the better. But a particular father to those kids 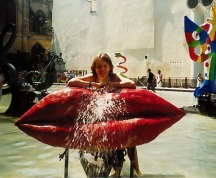 never really crossed my mind, nor did all the other things I might want to do when I grew up. Being an AuPair taught me that having kids could wait. Than at the age of 25 the study abroad year meant kids could wait a little longer too and now that I actually turn 30, hardly anyone of my friends has kids so I think, it still can wait a tiny bit longer. So not the best prediction here but I’m really not sad about that.

I have lived in three countries so far, one even on a completely different continent. These were great experiences and even though whenever I had to go back to Germany I was super sad and wanted to stay there I’m not sad about the fact that my current life is based in Germany as it turned out quite well. But I could definitively imagine going abroad again at least for a period of time but this time I would take my partner with me (Michael, if you read this, this is a offer and a warning… ;-)). I would prefer an English speaking country because that would be easiest workwise but hey, on the other hand I could learn another language too.

So, overall, I had a great life so far. I can’t complain. Things turned out differently than planned in some parts but that is just fine. And this is why I want to dedicate this post to the people in my life that have gone the way with me, influenced and stay with me in good and bad times. I hope that many of them will stay with me for another 29 something years or more and that everything will work out in the future the way it did until now.

Thank you and I hope some of you will be in Dusseldorf at the weekend to celebrate with me!

Other than that I can only cite Doris Day: “Qué será, será. What ever will be will be…”